So this is my first dev blog.  You should already know the gist about me from that spot on my page.  I’ll use these blogs to not only let you in on the progress of my game, but also as a way of sharing a little of my personality.  I enjoy writing and I have a sense of humor, at least I think I do.  So I apologize ahead of time if I’m foregoing any dev blog protocol.  This is my opportunity to just be me.  I’m going to take it!

Okay that’s all done!  Let’s get to it!  I’m going to try and start as far back as I can with a little insight on how this project got started to begin with.

It goes back years.  We’ll call it 2015.  I was working on a project that ultimately meant nothing to me.  You know; just a way to learn how to develop in Unreal Engine 4.  Some ridiculous game idea about jumping, we’ll leave it at that.  That’s it really.  I was literally in the middle of learning the engine and developing that random idea when I stopped and decided to pivot.

In my head popped a random memory of playing old Warcraft 3.  Not the base game though, no.  I used to love playing a custom game where you would pick a hero and then just survive.  I wish I remembered what it was called.  Anyways – yeah you would just pick a hero and start mowing down endless amounts of enemies until your inevitable demise because they simply outscaled you.  Along the way you would level up and purchase items to make yourself stronger.  I loved it.  Simple, compartmentalized mayhem.  When the game was over, just start it up again!

So that popped in my head like ideas tend to do.  My response?  “Man that was fun, I can make that…I’m going to make that.”  I grabbed my notepad and immediately started writing down the greatest ideas any developer ever had.

Under the unflinching somber gaze of my previous jumping project I was unashamedly moving on.  Weeks on weeks working on jumping – murdered in a brief moment of nostalgia.  Nostalgia – the silent killer – another victim claimed.

I mean, isn’t that the dream?  The goal?  Developers want to make the games they want to play.  So of course I ditched the old idea and went with what I wanted to play.  Well it turned out I couldn’t make it.  At least not for a long time.  I was way over my head and I knew it.  Time to quit.  Move on.  Come up with an easier idea.  Could I even open up my jumping project without feeling dirty?  I wasn’t willing to find out.  Perhaps better for both of us to just move on.  But there was also something else there, scolding me at every thought – keeping me from quitting.  A pact.

I had this bright idea that I would make this stupid pact with myself.  No matter what, no matter how long, no matter how often or how long I fail – this idea would be released to the world in the form of a playable game.  I held myself accountable to that.  To this day I don’t know why.  I just did.

So I got back to work and just started making the world I wanted my game to take place in.  The idea was that I would just trust the process.  One thing would lead to the next.  One lesson learned would grant access to the next lesson to learn. 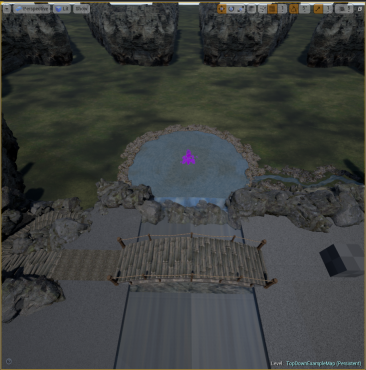 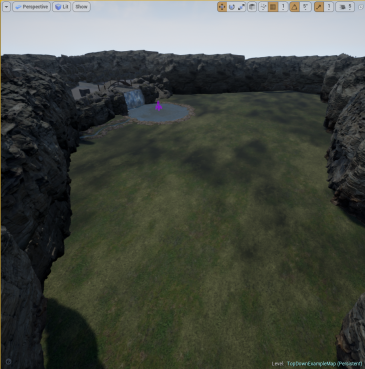 The pictures above date back to May of 2016.  I knew since almost the beginning how I wanted the play arena to look as far as its design.  It eventually evolved into how it looks now.

I was off and running.  Resolve in tow.  A terrible plan in place.  But there was one thing I was right about.  Each lesson learned led to another lesson to learn.  It may seem obvious but I do believe there is an important difference between simply thinking something and truly feeling the thing that your thinking.  Over the years, those lessons have coalesced into a monument representing how far I’ve come, how much I’ve learned, and most importantly, the humility to embrace the next lesson.